4th Conference of the International Association for Cognitive Semiotics, IACS4 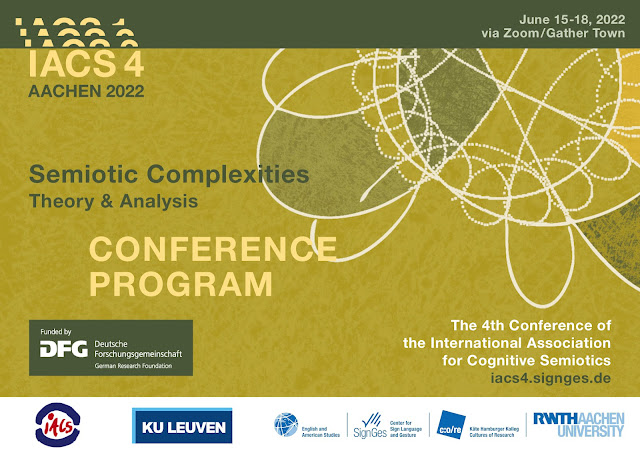 Joffrey Becker, Virginie André and Alain Dutech
How do we make sense of a robot’s behavior? An experimental case study
4th Conference of the International Association for Cognitive Semiotics
June 15th 2022
Robots are known for the uncanny feelings they trig in humans. Though they are frequently thought by analogy with living bodies, their social presence is difficult to grasp. Their activity engages those who observe them in a sort of game which consists of both making hypothesis about their expected social qualities and also seeking to define their status. Roboticists, through their work on the cognition of human-robot interaction and social robotics have understood this well (Siciliano & Khatib, 2016). Based on the observation that human-machine interaction follows the rules of social interaction between humans (Reeves & Nass, 1996), their work leads to the design of robots which form, behavior and processes invite their users to recognize the human in them. However, despite their continuous efforts, human-robot interaction never appear as natural to us as a peer interaction would be. For instance, the status of 'person' that is inferred during an interaction with a robot is characterized by instability and uncertainty (Vidal, 2007). It is also subject to various transformations during the interaction itself (Becker, 2015). Moreover, objects that do not resemble the human body give rise to social-like interpretations regarding their actions or even their potential intentions (Heider & Simmel, 1940). How do we make sense of a robot's behavior? Using an example of human-robot interaction, we will see how difficult it is to interpret the behavior of a machine. Leaning on an interdisciplinary experiment crossing the field of anthropology, socio-linguistics and robotics, we will focus on the terms used by a group of human participants to describe and qualify the behavior of a robot that has been initially designed to resist anthropomorphic type of inferences. The aim of this experiment is not to assess the quality of the robot's behavior so that it could carry the same meaning for everyone in further experiments, but rather to see to what extent the various movements produced by this object generate shared interpretations or not. By studying the semantic spaces occupied by the words used to describe the movements of the machine, we will see that the meaning given to its activity is based on various known elements which also depend directly on the very experience of the participants. These elements go far beyond a simple recognition of a human character into the object. We will see that such an interaction, though obvious limitations, implies that the participants infer on the perceived movement by using a complex set of analogies.
Conference program: https://iacs4.signges.de
Publié par Joffrey Becker à 11:11